Dil Mastana Group consists of performing artists belonging to the most notorious Rajasthani traditional music community, the Langas. Their melodies have preserved the ancient Indian musical tradition in its pure form. Their ancestors were professional musicians of the royal families and performed at weddings, childbirth celebrations and festivities. 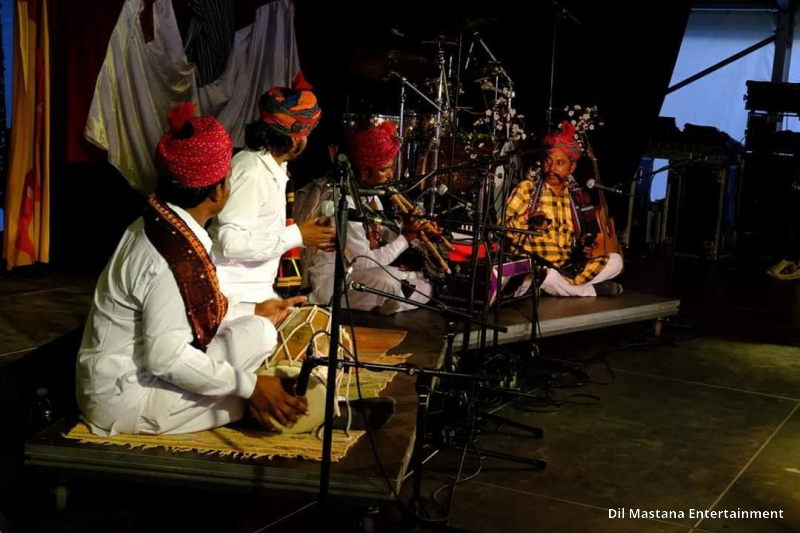 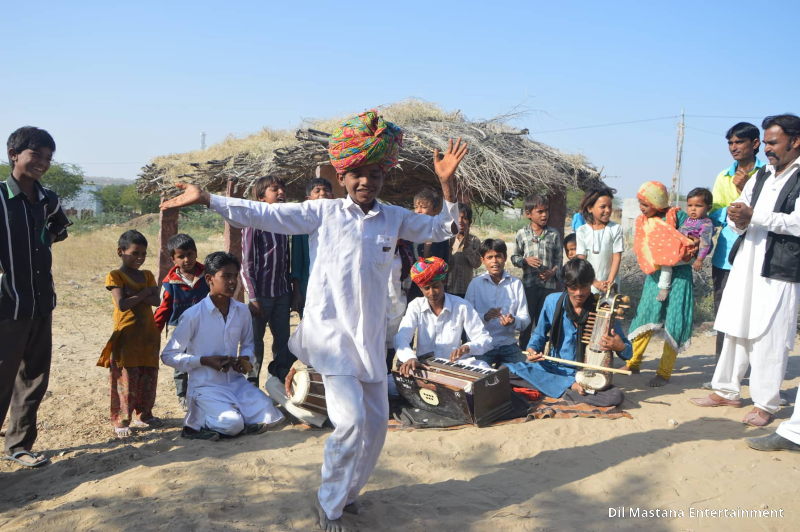 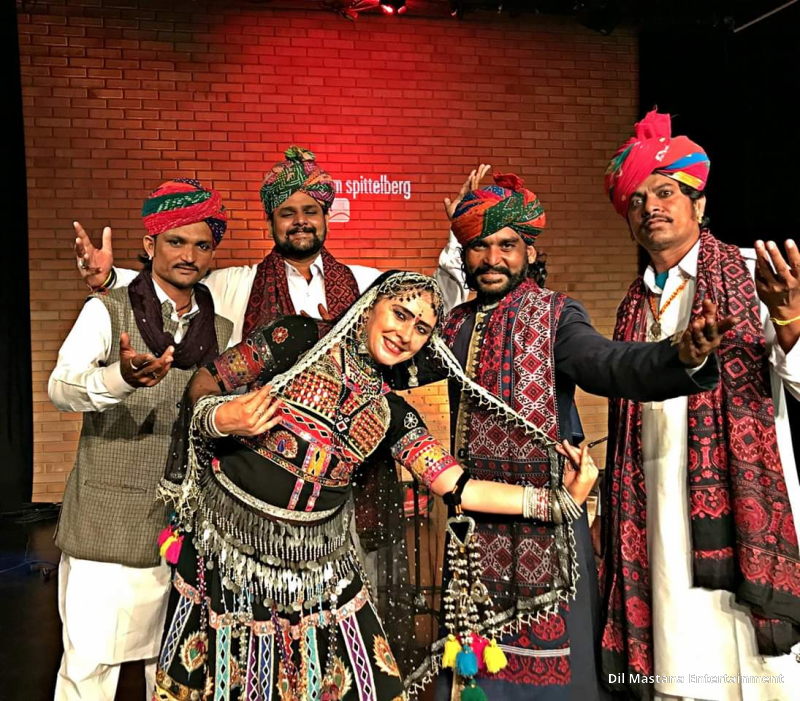 The repertoir displays the ornamented tunes of Rajasthani vocals in perfect musical harmony, accompanied by the echoing sound of “sindhi sarangi” and the rolling rhythm of tabla known from hindustani classical music.

Members of Dil Mastana are A-class artists whom with their numerous festival performances in India and worldwide are distinctive representatives of the rich Indian musical tradition. Members of the group: Bachu Khan, and , Idu Khan: are A-class artists, members of Musafir and Maharaja have given concerts world-wide for several years. 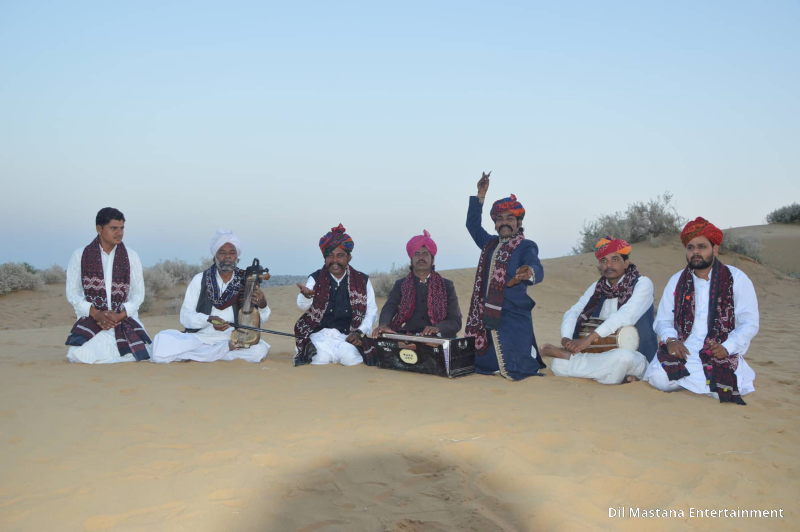 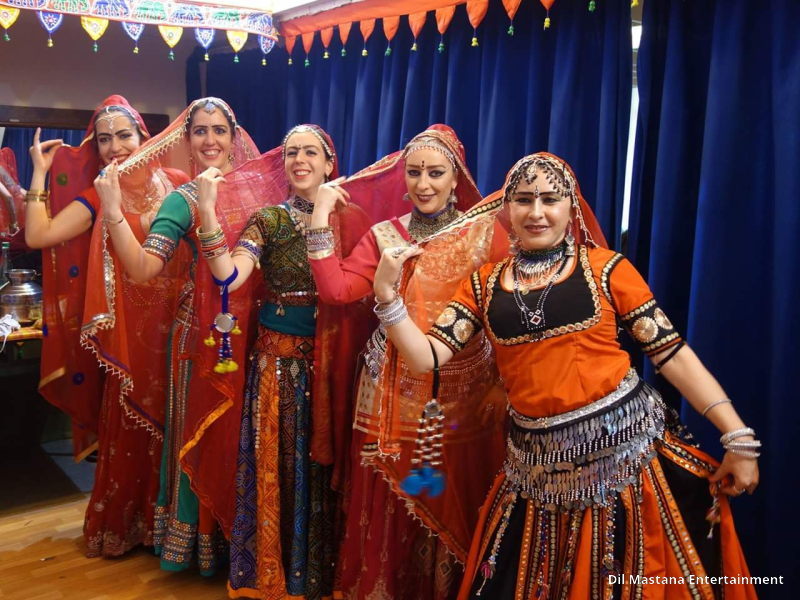 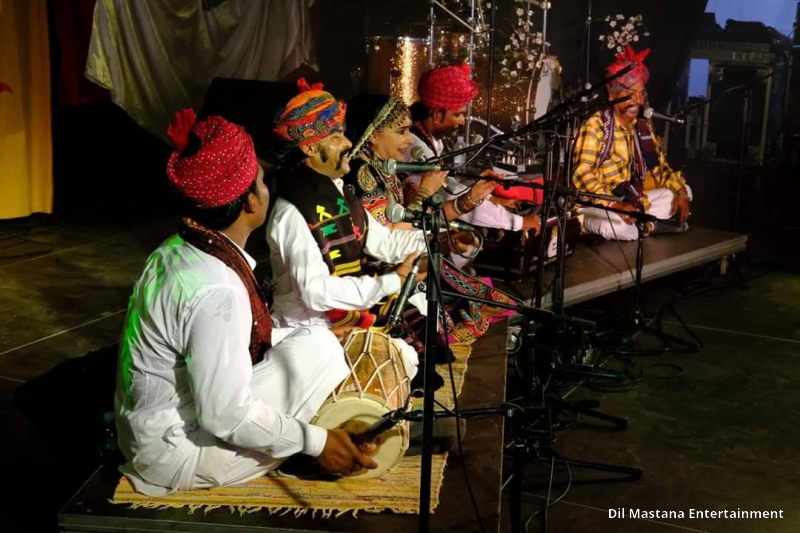 The Manganiyar and Langa are both exclusively hereditary communities who make their livings as musical performers and genealogists for higher-caste patrons. Both groups are Muslim, but the Langa’s patrons are Muslim Sindhi Sipahis, whereas the Manganiyar’s patrons are mainly Hindus.

Manganiyars and Langas never intermarry with or teach their music to members of other Rajasthani communities. They speak of music being ‘in their blood’.

Their repertoires overlap—having experienced cross-fertilisation at the training camps instituted by the eminent folklorist Komal Kothari and on performance tours abroad, also first promoted by Komal Kothari. Another factor which possibly contributes to similarities in their music is the likelihood that they are both remnants of a group which were originally of the Dholi musician caste from which they appear to have emerged as late as the latter half of the nineteenth century.

Folk dances of Rajasthan derived from various folk art cultures. Vibrant, vigorous and graceful, the dances of Rajasthan evoke the desert in all moods. The folk dances found in limitless variations in Rajasthan, punctuate Rajasthan’s barrenness, turning the land into fertile basin of colour and creativity and are an express of human emotions. 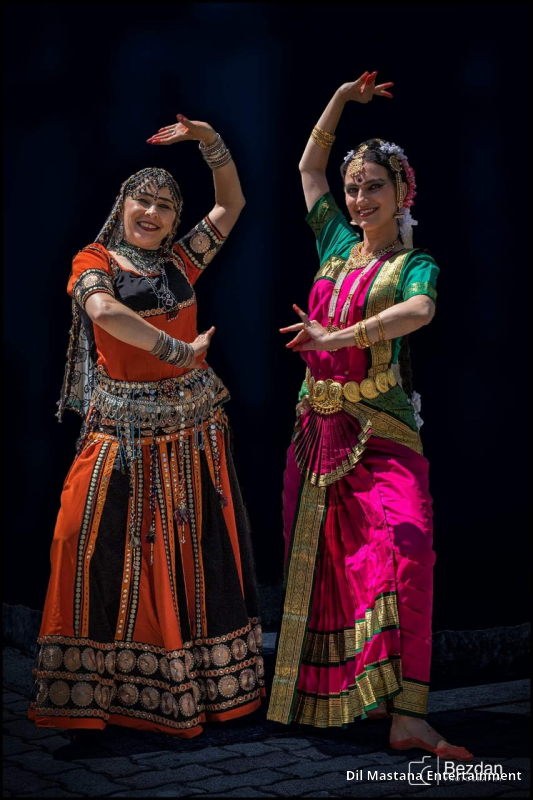 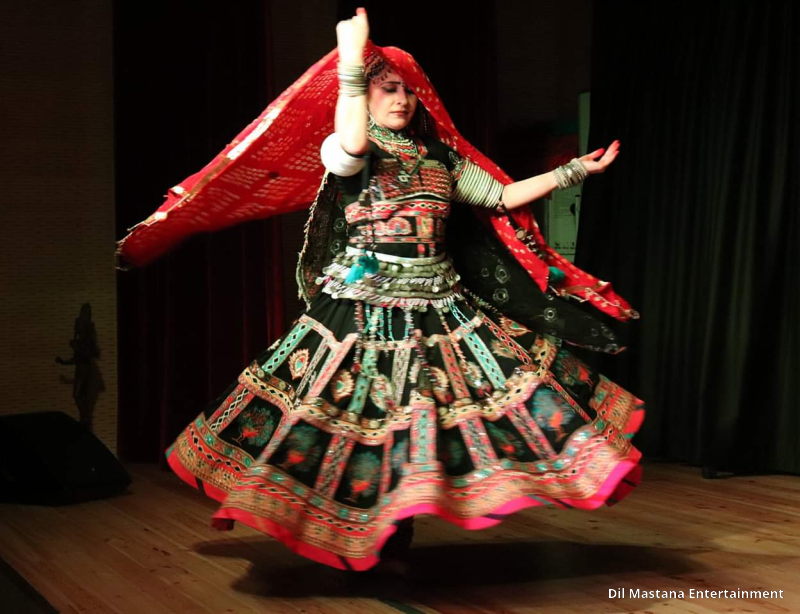 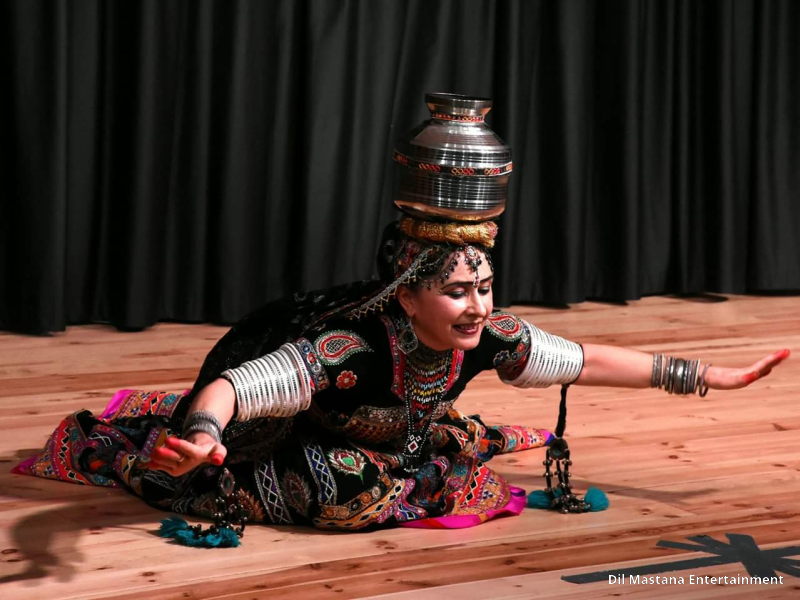 The Kalbelia dance, performed as a celebration, is an integral part of Kalbelia culture. Their dances and songs are a matter of pride and a marker of identity for the Kalbelias and they represent the creative adaptation of this community of snake charmers to changing socioeconomic conditions and their own role in rural Rajasthani society. The dancers are women in flowing black skirts who dance and swirl, replicating the movements of a serpent. The upper body cloth is called Angrakhi and a piece of cloth worn on head known .

This is basically community dance for women and uses simple swaying movements to convey the spirit of any occasion. There is however an amazing grace as the skirts flare slowly while the women twirl in circles, their faces covered by a veil.

The Talah is a charming dance performed by women. The women’s manjere (small brass disc) is a pair in their wrists, elbows, waist, hands and long hands as well as kalbeliya. This charming Kalbeliya dance is performed by the women of the Kalbeliya community. The serpents have similarities in dance and costumes.

This dance requires a lot of patience and balance . The dancers carry brightly lit brass pots on their heads , displaying many flexible movements of the body . It is a dance of special occasions Bhavai Artists balance eight to nine pitchers on their head and dance simultaneously .

Aag bhavai is presented with several earthen pots on the head that are lit with fire.

The Langa’s main traditional instrument is the sindhi sarangi; Manganiyar’s is the kamaicha. Both are bowed stringed instruments with skin membrane sounding boards and many sympathetic strings. Both Langas and Manganiyars sing and play the dholak (double-headed barrel-drum), the kartal(wooded clappers), the morchan (jaws harp), and the ubiquitous harmonium. 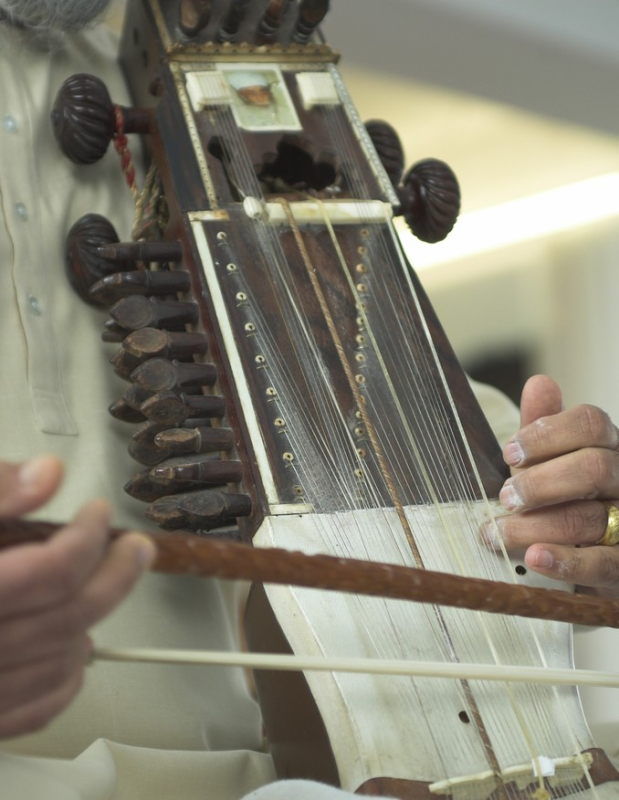 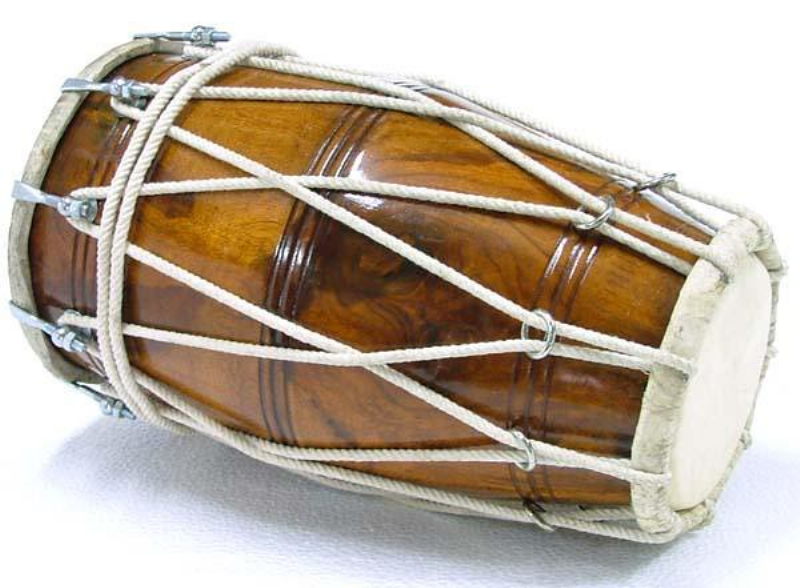 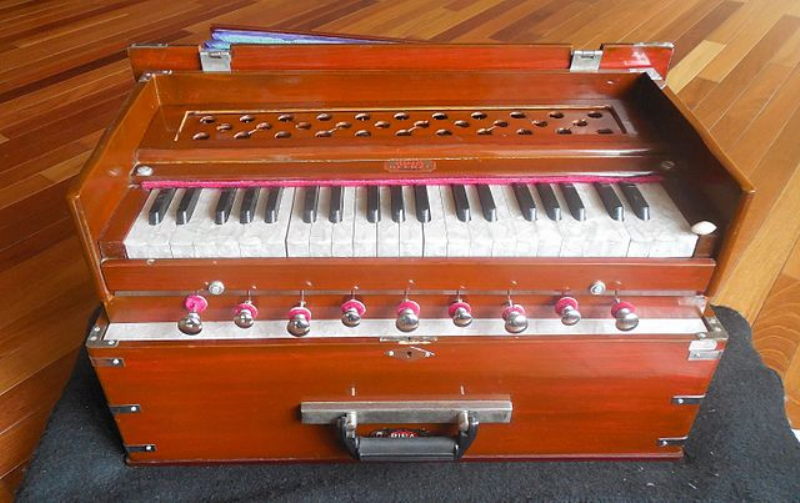 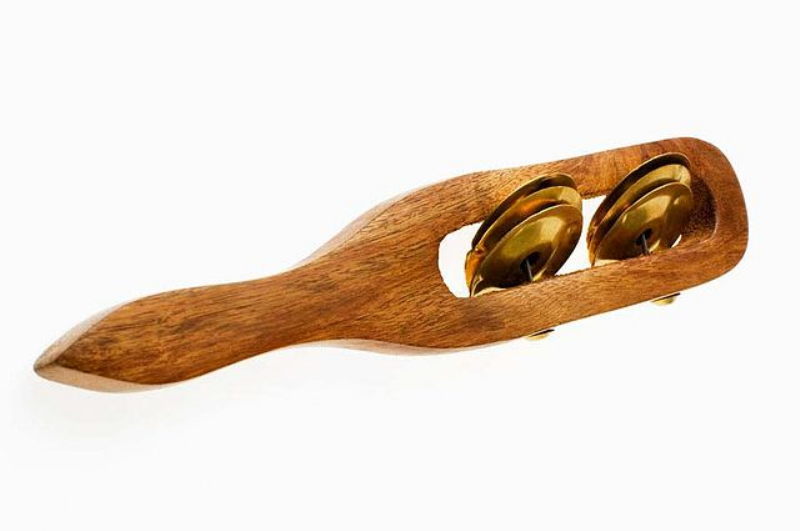